New temporary store hours until the Little Rock 9pm curfew has been lifted.

TEMPORARY CURBSIDE PICKUP AND DELIVERY: Due to the Coronavirus, the state has granted us the ability to deliver alcohol. Any online orders that come in after 8pm will not be processed until the next day. Delivery distance limitations may change, but for now we are accepting deliveries within a 10 mile radius. There will be a flat $5 delivery fee on all deliveries over $30 and a $10 delivery fee for orders under $30. 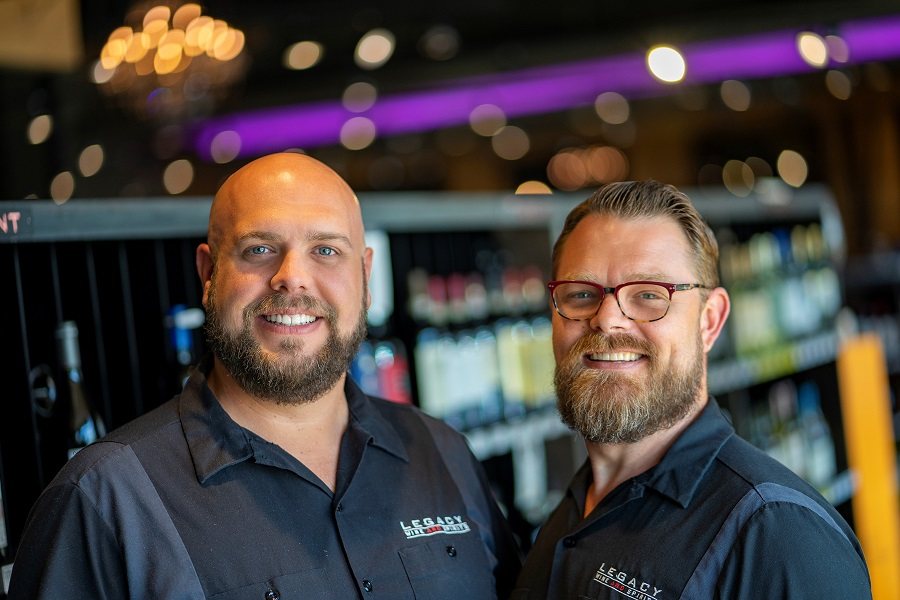 David Bevans and John (Johnny) Akins set out to create a visually stunning shopping and learning space that is staffed with some of the most knowledgeable wine, beer and spirits experts in Arkansas. Legacy Wine and Spirits can help find whatever you need with certified cicerones and a sommelier on staff. There is no other liquor store in Arkansas like Legacy.

After working managing other businesses together for eight years, in 2014, John Akins and David Bevans decided to take on a new project. That project just happened to be Legacy Wine and Spirits. They have a genuine interest in the industry and set out to create a different shopping experience with their store. When they're not busy at Legacy, John and David are traveling and entertaining friends. 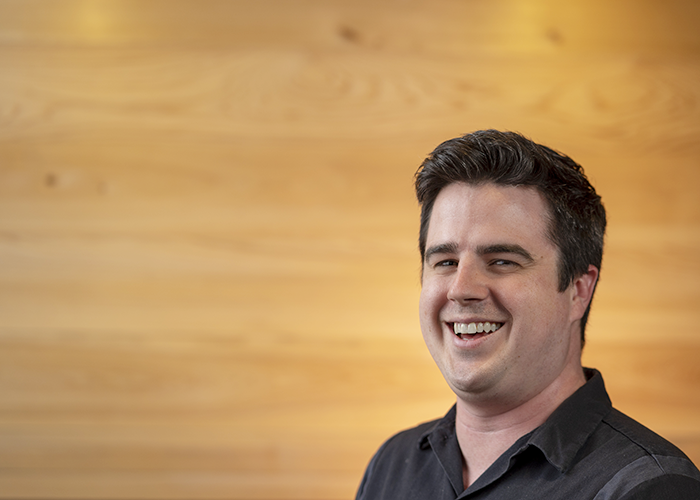 Jake began his professional career in alcohol retail sales in 2007. Quickly taking a liking to craft breweries and small-batch whisky, he dove straight into the world of handcrafted beers and single malt Scotches. Working under the tutelage of numerous sommeliers, home-brewers, and all sorts of experts in alcohol sales and production, he honed his craft over the next eight years specializing in all things distilled, fermented, and brewed.

He is a Certified Cicerone through the Cicerone Certification Program.

He started working at Legacy in 2015 and was promoted to Purchasing Manager in 2019. 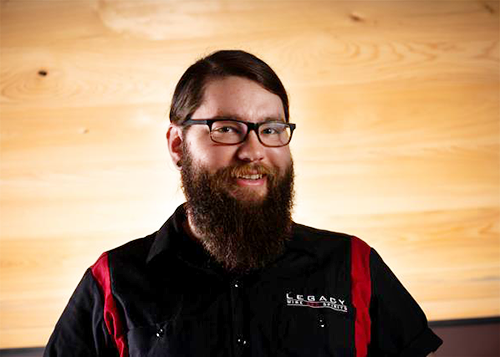 Chris took over Legacy's Beer Department in September 2019. More information about Chris will be coming soon. 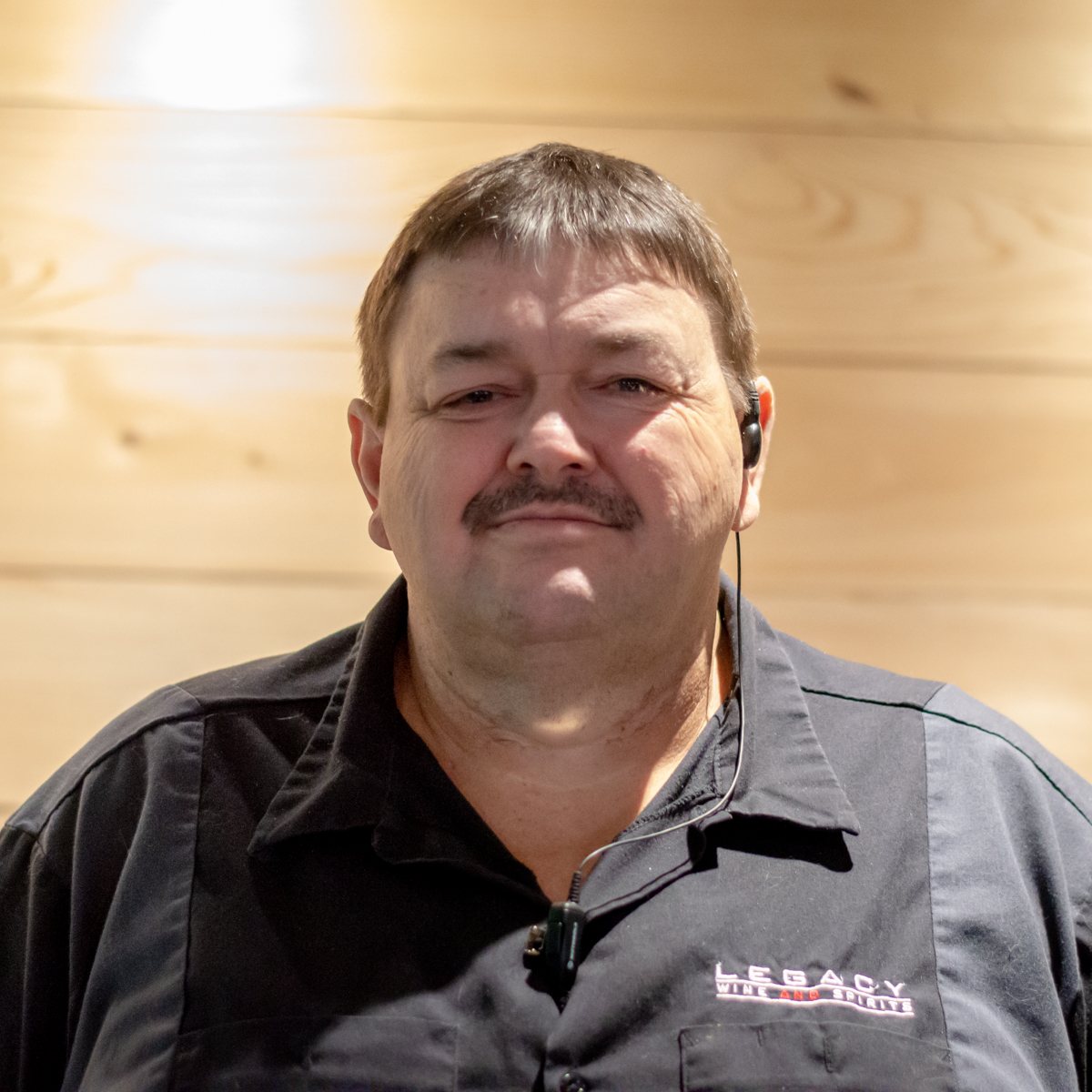 Chris been with Johnny & David since the "old days" of I-30 Liquor. He joined them in May 2014 and helped relocate I-30 Liquor to Legacy Wine and Spirits in October of 2015. He has been with them ever since. 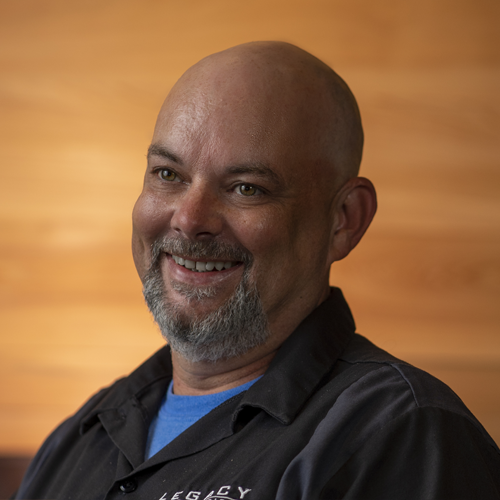 When not studying wines, Jerry is bass fishing in Southern Arkansas.

He started working for Legacy Wine and Spirits in 2019 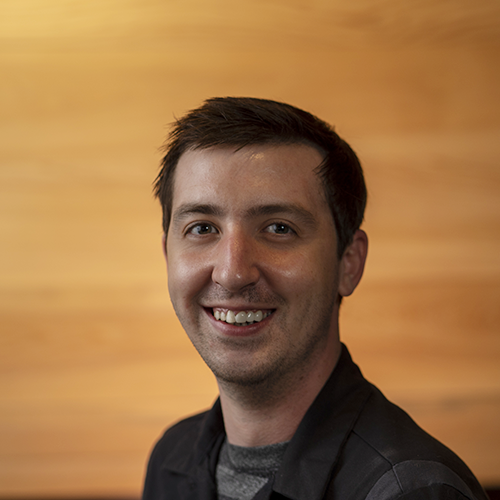 Jared was the bar manager at Big Orange - West while in college before coming to Legacy. He grew up in Little Rock and came to Legacy to put his education to use. 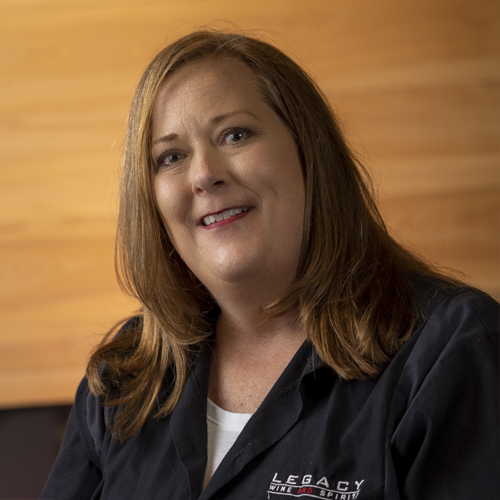 Gail has worked in the liquor industry for seven years. She enjoys helping customers find the best libations for the perfect occasion. She enjoys spending time with her family and friends.

She has worked for Legacy Wine and Spirits for 2 years. 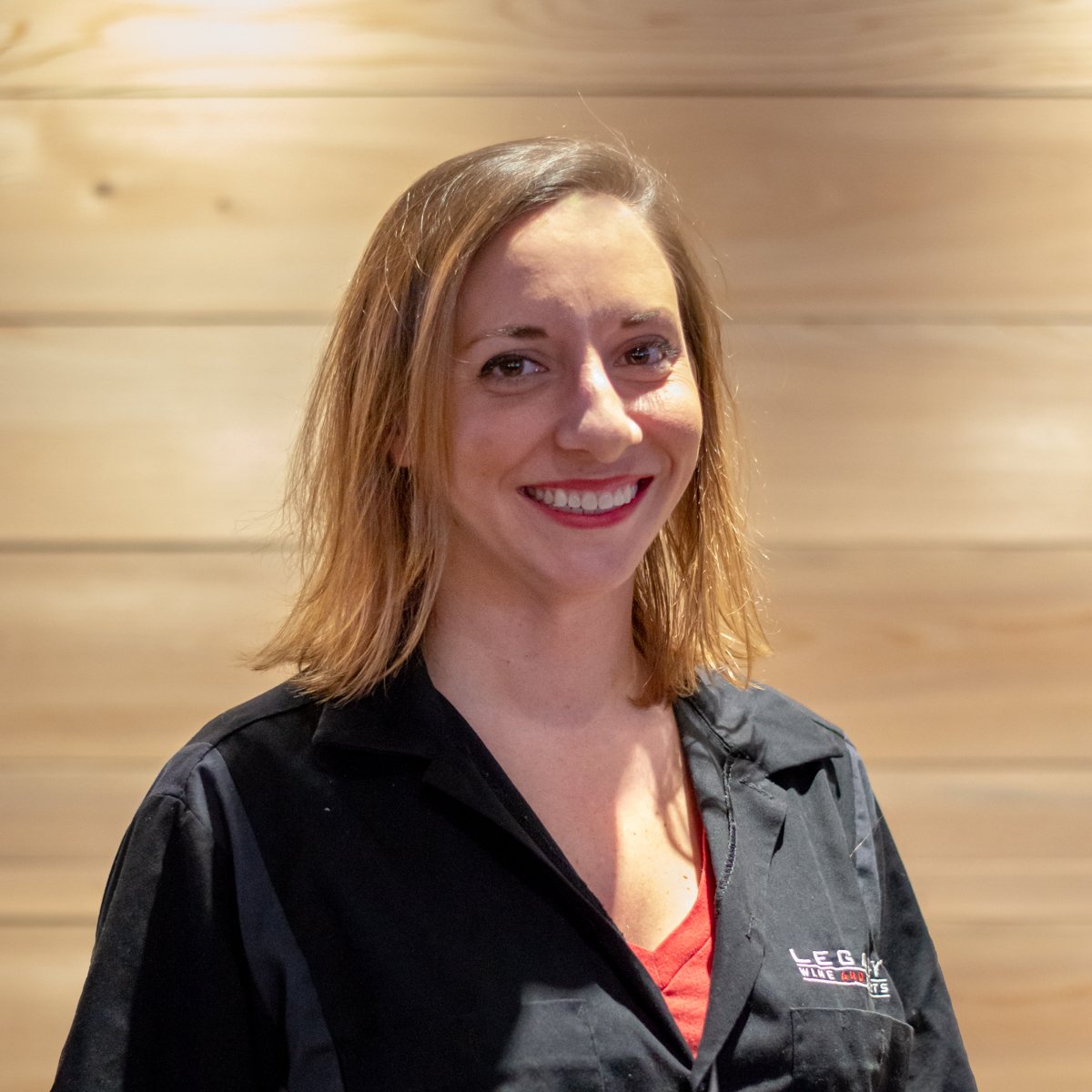 Erin recently moved back home to Arkansas from Denver, Colorado to pursue a degree in cytotechnology at UAMS. Before moving to Colorado, she had been an employee at Legacy since its opening in 2015.

When she's not studying or working, she enjoys hiking and attending improv classes.

She enjoys trying new craft beers and some of the customers have even called her "the beer girl." However, she does enjoy a glass of red wine from time to time. 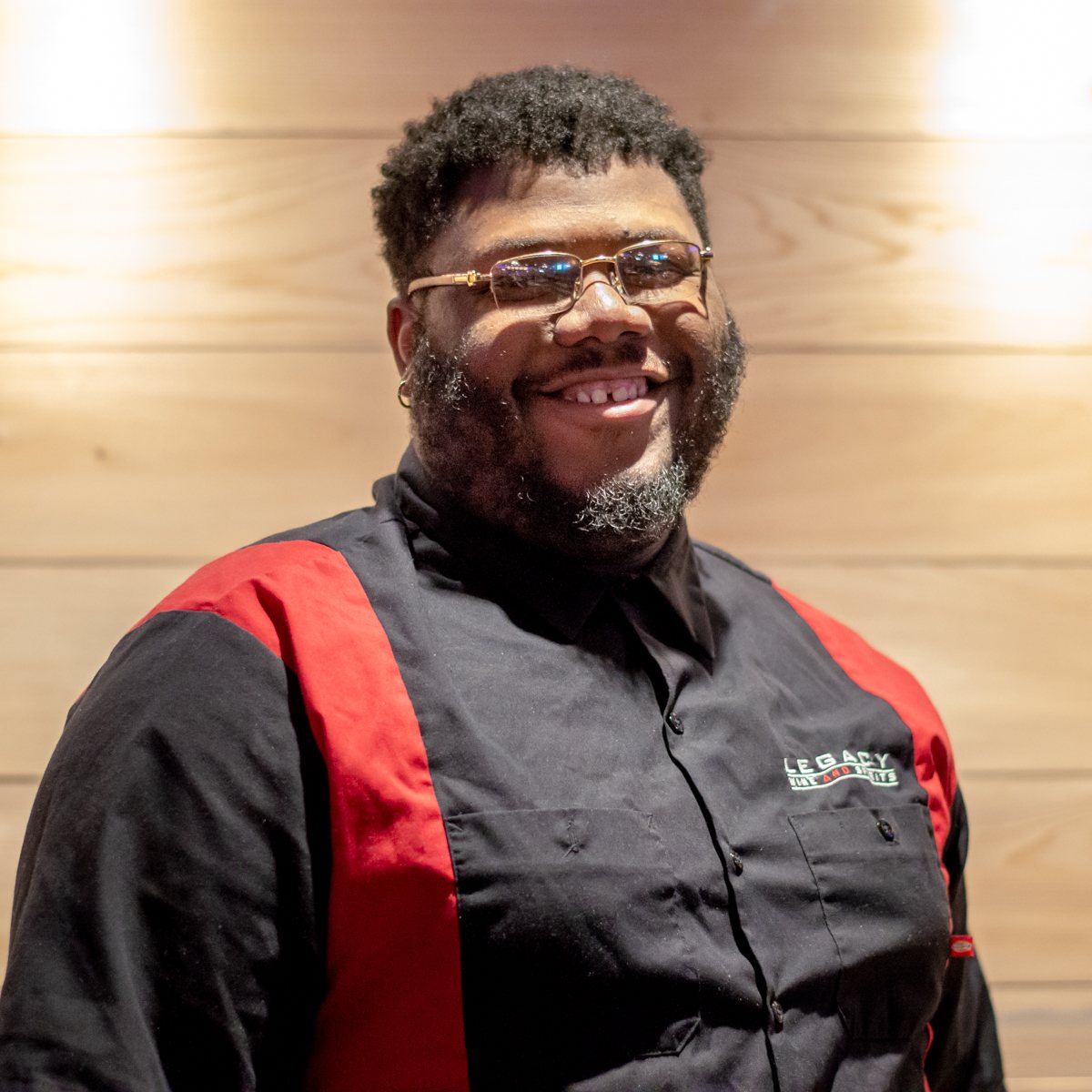 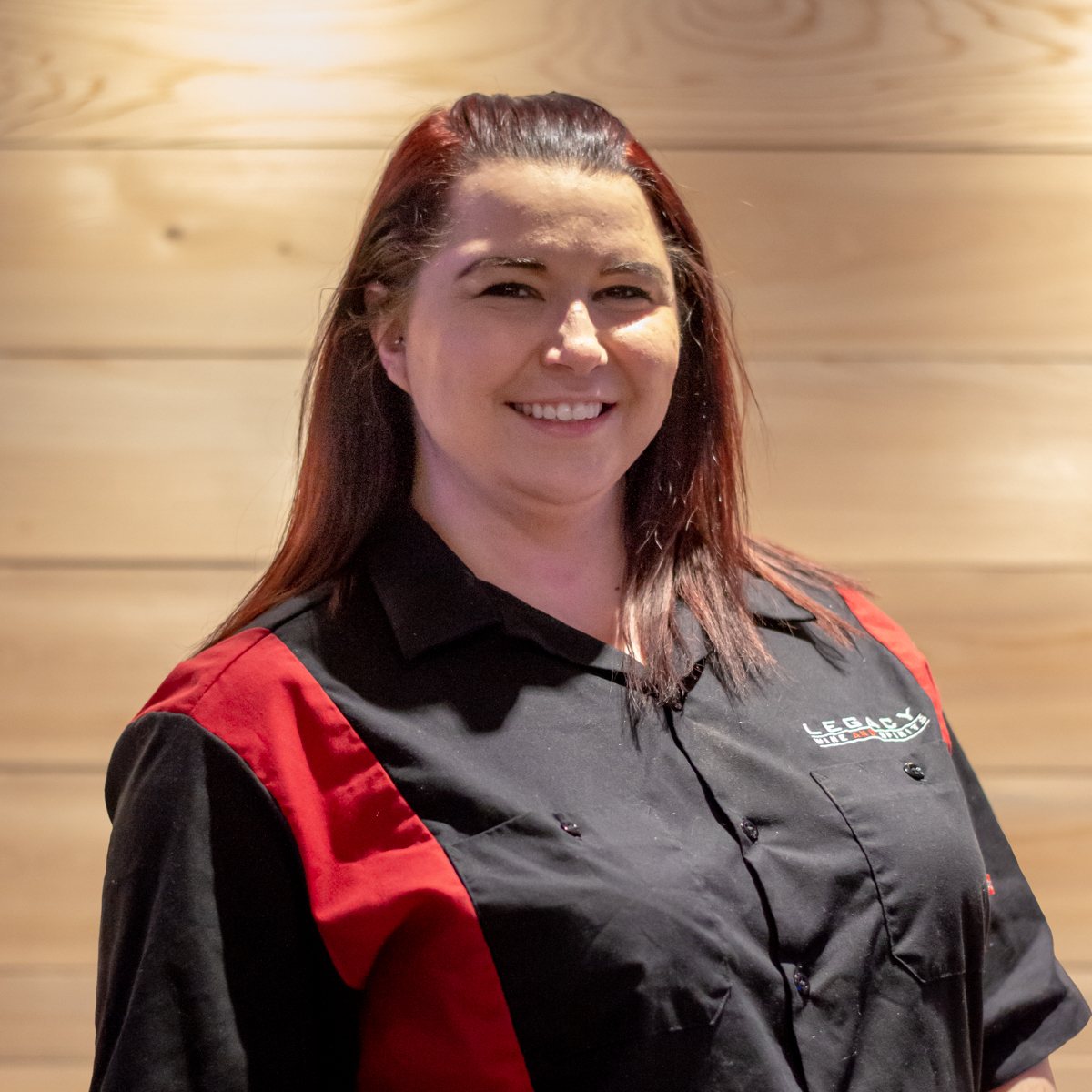 Karen was born and raised in Little Rock, and she has four daughters. In her spare time, she enjoys relaxing or doing anything that relates to softball.

She started working at Legacy in 2019. 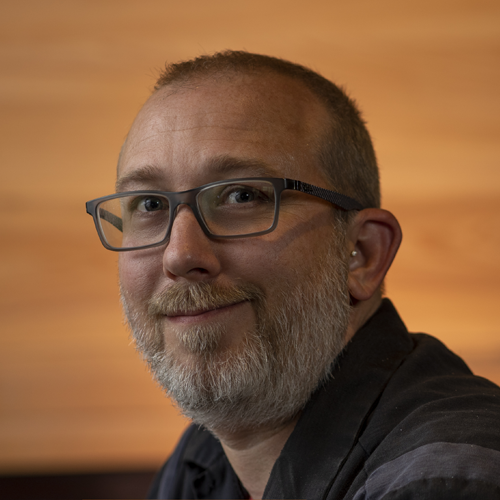 Nick worked in the restaurant industry for 6 years. He worked for a local catering company as a site manager for 10 years before joining Team Legacy.

He has been at Legacy since day 1! 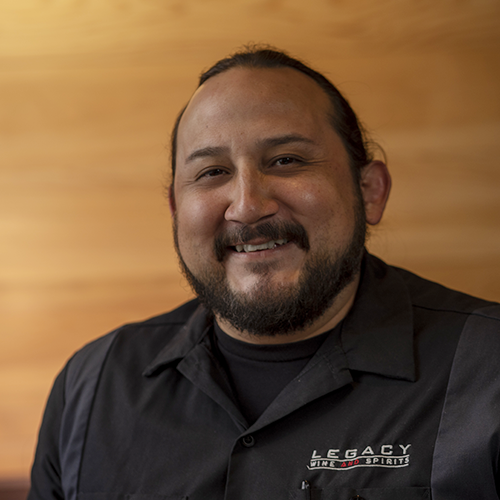 Personal Background: 13 years of bartending experience and still rockin’ it out part-time. 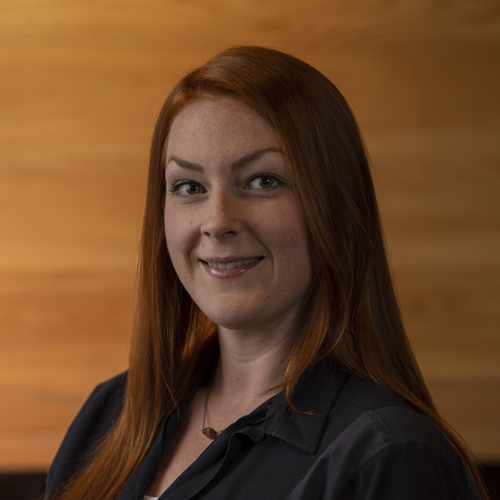 Jessica is a Little Rock native and attended the historic Central High School. After graduating, she attended Remington College and received her diploma in Medical Assisting. She worked at Arkansas Children’s Hospital in the Cardiology Clinic for 7 years with some of the best Physicians and Pediatric Heart Surgeons in the country. When she made the decision to leave the medical field, the owners here at Legacy, Johnny and David, greeted her with open arms. They saw potential in her and trained her to do this job because they believed in her, and she will forever be grateful for that. She attributes her work with fragile children and amazing doctors to being trusted with our huge inventory selection of Wine, Spirits, and Beer, as well as our clientele base. She has never had such amazing bosses as she does at Legacy. Jessica can honestly say, "I love my job!" She just celebrated her one year wedding anniversary with her amazing husband, Dustin. He is her best friend and soulmate. He loves Johnny and David just as much as she does!

She started at Legacy as a part-time cashier in July of 2018. She moved upstairs to the Admin Office in October of 2018.

She doesn’t drink often, but if she does, she loves a glass or two of sweet moscato! Her husband’s favorite beer is Lost Forty Love Honey! 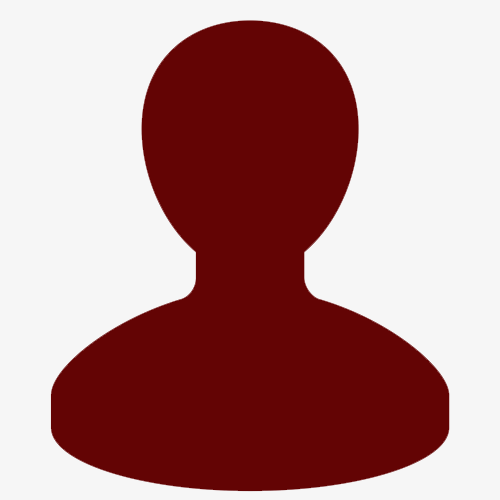 Shelby was born and raised in Benton, Arkansas. She grew up competing in horse shows at the national level and has always enjoyed playing sports - tennis being her favorite. Funny enough, horse shows are what led Shelby to Legacy.

She discovered her passion for photography in junior high school after she stole her father’s camera to shoot pictures at a horse show. That passion merged with a fascination with graphic design, and after studying advertisements and photographers in the equine industry, she quickly realized she wanted to make a career out of photography and graphic design. After graduating with an Associate of Art and an Associate of Science from Pulaski Technical College, Shelby attended UA Little Rock and graduated with a Bachelor of Fine Arts in Graphic Design with a minor in Finance. Even before she graduated, Shelby already had articles, photographs, and advertisements featured in magazines and online publications.

Shelby started at Legacy at the end of 2019. When Jessica went on maternity leave in March of 2020, Shelby took over Jessica's many duties as well as handling the graphics and social media side of Legacy.

She is grateful to Johnny and David for taking a chance on her, and she can not wait to see what she adds to the Legacy brand.