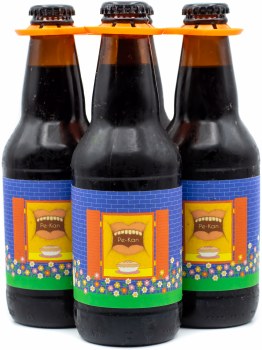 A new beer from Prairie Artisan Ales will be showing up on store shelves soon.  Pe-Kan is an 11.5 percent ABV imperial stout conditioned on â€œcopious amountsâ€ of pecans and vanilla. In an email, Zach Prichard, president of Krebs Brewing Co., told Tenemu that the stout is â€œsimilarâ€¦but not the sameâ€ to Cinnamon Pecan Bomb!(13 percent ABV) a draft-only stout that used the brewery's Bomb! imperial stout (13 percent ABV) as its based before being conditioned on cinnamon and pecans. That beer was released during the Pirate Paradise release at the brewery in September 2016.  According to Prichard, Pe-Kan is packaged in 12-ounce bottles and will ship to retailers in â€œmost allâ€ of Prairie's distribution network early this month.